Commonwealth Architects, S.B. Ballard Construction Company, and Niles Bolton Associates teamed to design and construct the New Residential Facility at Norfolk State University. The four-story facility features a North and South Hall with a central two-story amenity space and includes 193,424 square feet and 740 beds for students. The Initial phase, consisting of four student housing wings and the central amenity space, is now complete, and students moved in to occupy the residential units at the beginning of the 2019-2020 school year. The final phase, which is the east wing of student housing will be completed later this month while anticipating occupancy by January. The new student housing project will have a considerable impact on the campus culture, bringing more students into on-campus housing and stimulating the student community with modern amenities and comforts. 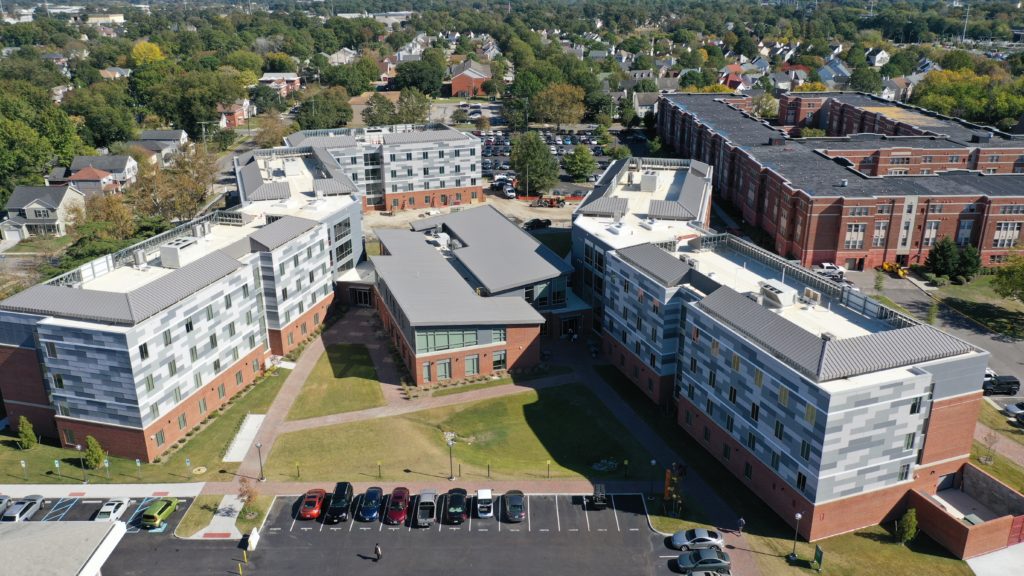 The New Residential Facility is a fast-paced project for Commonwealth Architects with a prompt turn-around of the design process. Schematic Design to Working Drawings took less than 12 months, a process that can normally take two years — achieving this feat called for significant scheduling, collaboration, and leveraged design tools and software such as storyboard sets, Revit, IMAGINiT and Navisworks combined with weekly meetings throughout the entire process. Early release packages for site and foundations allowed construction to begin while the design was completed.

At the very beginning of the design process, Revit model standards were established that allowed all models to be linked together to form a single synchronized model. Then, the team developed storyboard sets; a diagrammatic outline that determines the parts and pieces in each set. All team members submitted weekly progress drafts to assure quality control. The IMAGINiT tool allowed the team to organize and update their title sheets in a Microsoft Excel format. This organization of data saves time and reduces stress by allowing multiple disciplines to add new and updated sheets each week. 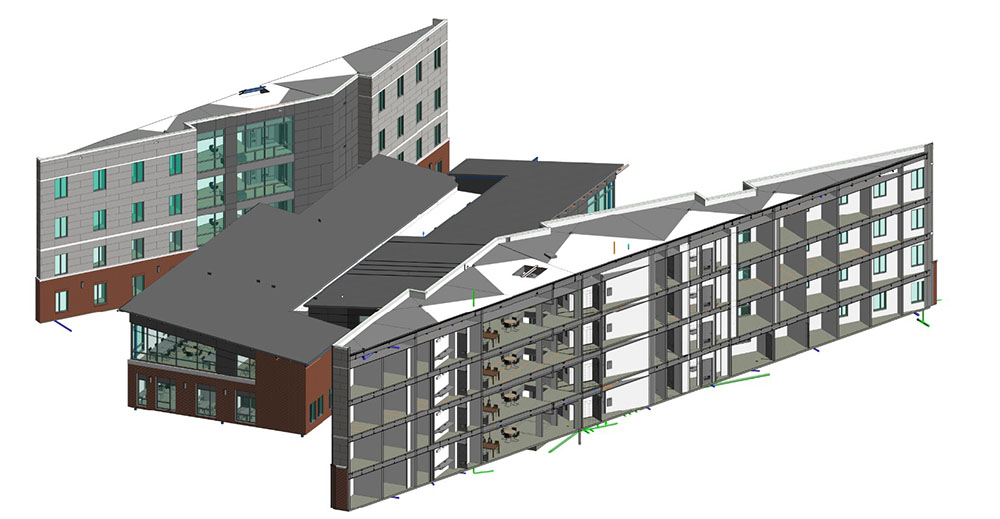 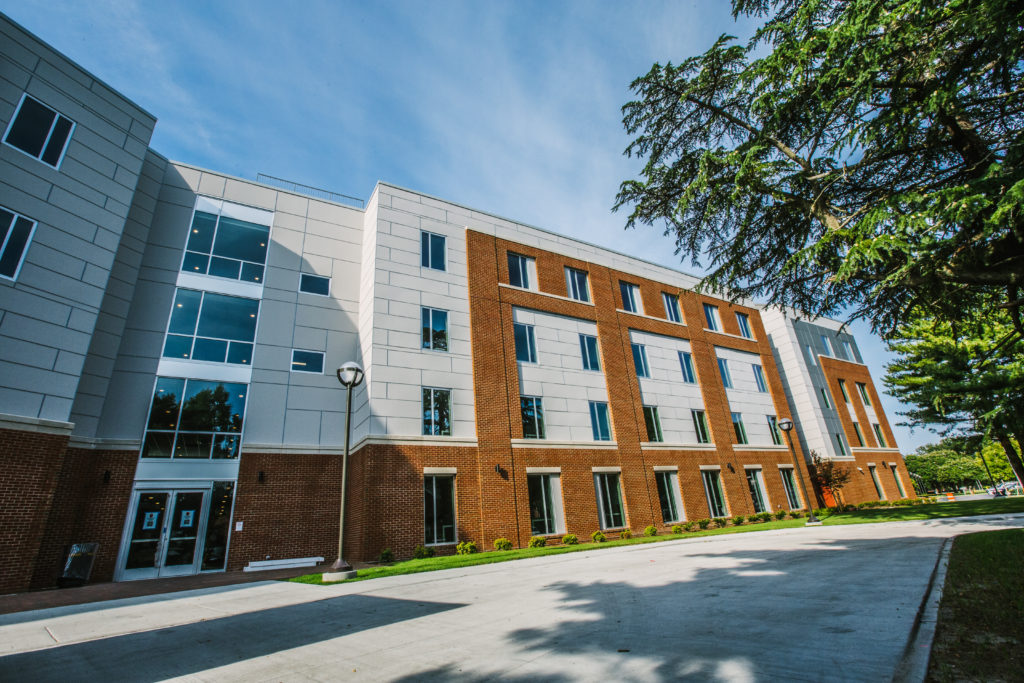 During the weekly coordination meetings, each discipline was able to coordinate drawings and see the overlays of each Revit model through the use of Navisworks, a Revit add-on software. The Clash Detection portion of Navisworks was used to coordinate discipline and determine if a duct from the mechanical model interferes with a beam from the structural model or a ceiling from the architectural model. This alerts designers to revisions needed quickly, saving time and money in the long run. Additionally, the TimeLiner portion of Navisworks lets the team create a video showing the construction timeline of 3D models.

Norfolk State University has warmly embraced the new addition to its campus. “NSU is extremely appreciative of the effort Commonwealth Architects and their partners put forth in ensuring the facility would open on schedule. The team understood our needs and designed a facility that will serve the campus for many years to come,” says Richard A. Law, NSU’s University Architect.  From beginning to end, all disciplines were in constant communication aided by regularly scheduled meetings and technology. The entire design team is proud of the New Residential Facility for its impact on the campus community and for its record-setting schedule. 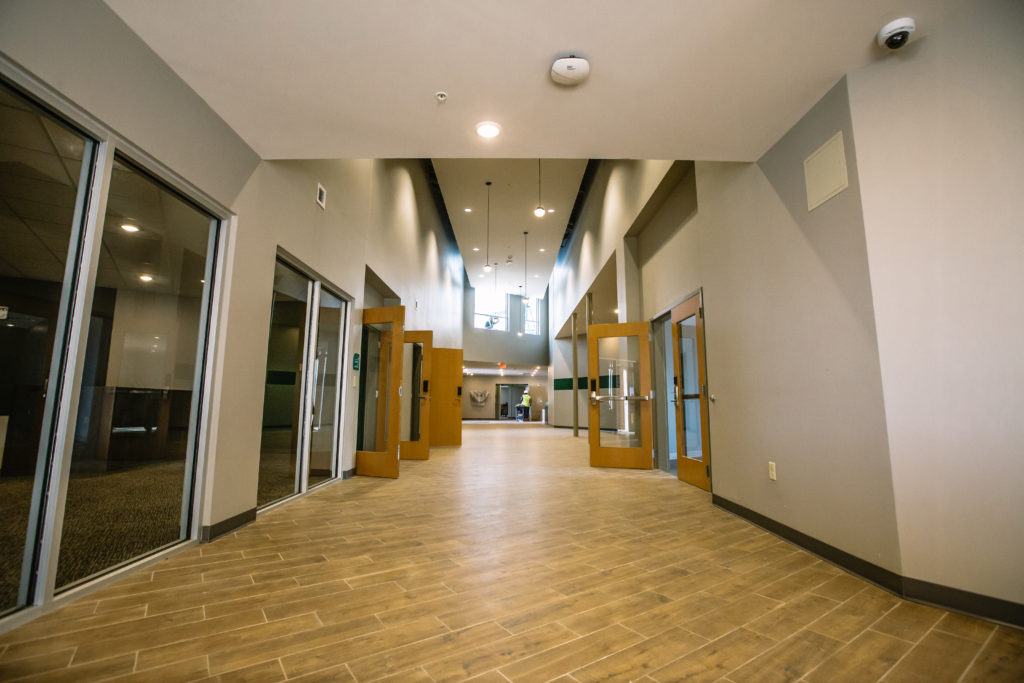