The former FFV Interbake plant was completely rehabilitated, introducing upscale apartments to Richmond’s Boulevard Historic District. The transformation of the facility into apartments, now known as the Cookie Factory Lofts, blended contemporary living with the distinctive character of the historic baking facility.

“The Cookie Factory Lofts is a true Richmond gem that has withstood the test of time. We are thrilled to be a part of its new life in this vibrant residential scene,” said Ginny Johnston, Director of Interior Design at Commonwealth Architects. 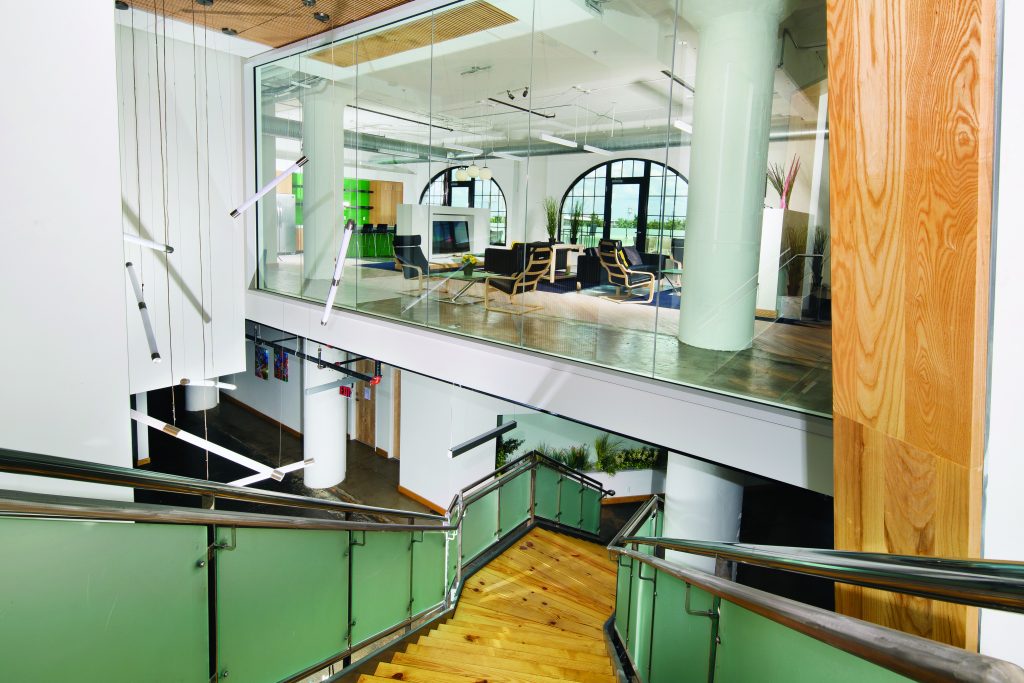 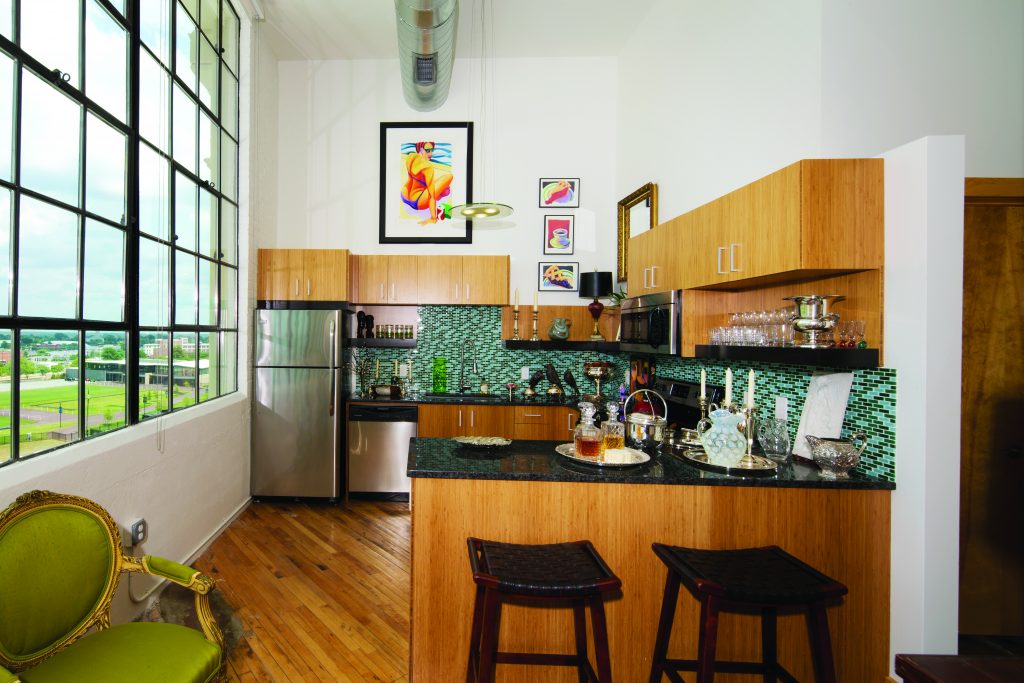 One of the major goals of this rehabilitation was to bring natural light into the building’s interior corridor. A number of the historic windows were salvaged and refurbished, and missing or deteriorated windows were replicated. A new, contemporary two-story element was designed for the building’s entrance. The second floor main community room is also enclosed by large arched windows with doors that connect the indoor space with the outdoor balcony. An open industrial staircase leads guests to the upper floors through an open atrium.

Operable windows within the residential units provide great views of the community and bright interiors. Each unit blends the inherent industrial style with modern, contemporary clean lines. Maple floors and high-end materials such as granite countertops and bamboo cabinetry draw distinction between old and new elements. 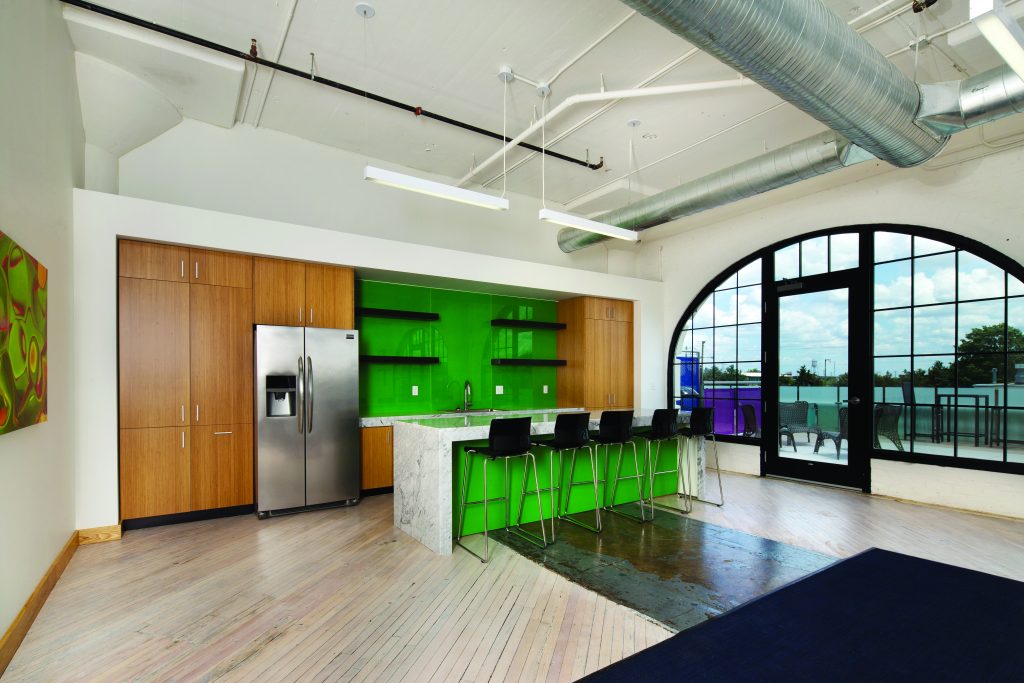 The design added a distinct feature to the North and South wings through the use of light wells, which bring in natural light and divide the common corridors into lounge areas. Skylights were installed to brighten the stone feature walls, which anchor the common areas. “The corridors are one of the building’s most innovate spaces. By keeping the space’s large, original concrete columns in place, we were able to give the high traffic corridors personality and rhythm, while respecting the historical details,” said Ginny Johnston, Director of Interior Design at Commonwealth Architects. 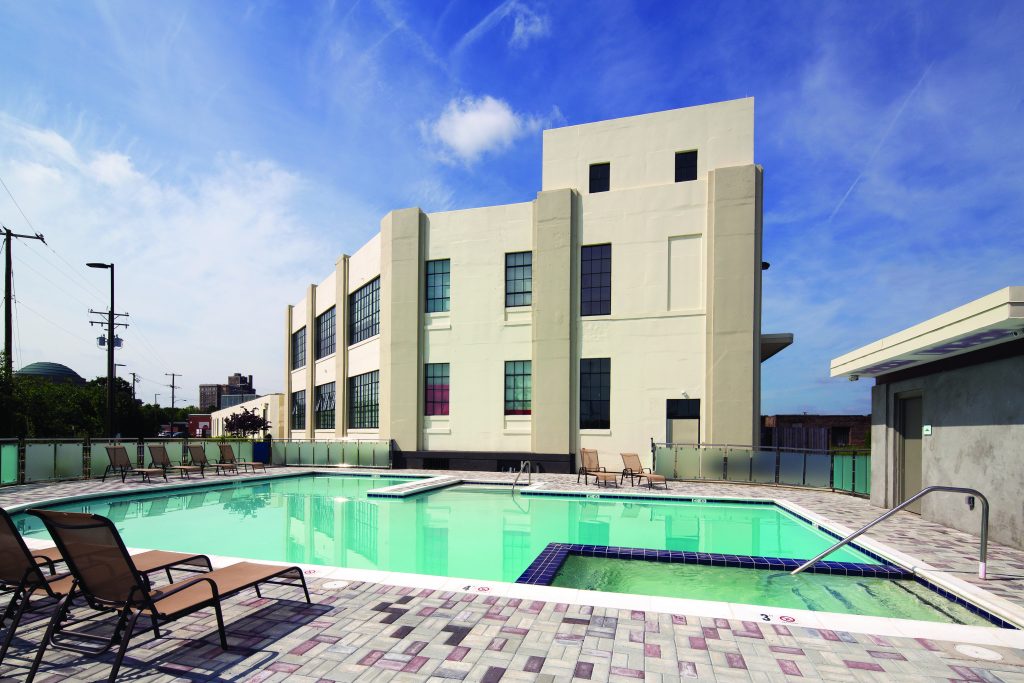 Another unusual feature that was salvaged were two large, rotating brick ovens. In order to keep these significant and historical features, Commonwealth Architects reconstructed the space to include several lofts that reside above the ovens, complete with vaulted ceilings and several windows for natural light. The distinctively lit rooftop sign and water tower, so important to the building’s manufacturing history, were refurbished and continue to proudly glow in Richmond’s skyline.